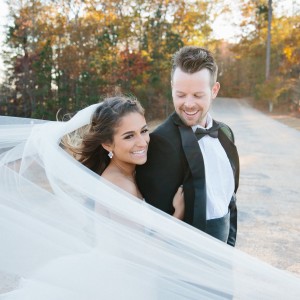 Zach and I could not be happier that we decided to complete Pre-Marital Counseling before our wedding. We had heard the success stories from a few other couples, and figured we had nothing to lose by trying it out. We are so grateful we made that decision.

Even after dating for 7 plus years and thinking that we know every little thing about one another, we were wrong. Some of the topics that were brought up had never even registered with us. With that being said, we are so glad they were brought up so that we could learn more about them before with ample time before the wedding.

For anyone who is engaged or planning on getting engaged, we would HIGHLY recommend Pre-Marital Counseling. It definitely opened our eyes to a few things before we got married, and we still come back to some of the topics/strategies 3 months after our wedding. You will definitely not regret participating! 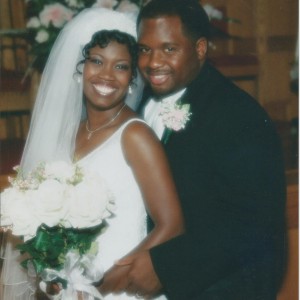 I was presented with the idea of premarital counseling by my fiancé Grenetta. I was not a big fan of it. To be totally truthful I did not want to go through it at all. I had been married before and went through “marriage counseling” before. I felt that when things got rocky and rough, we had nothing to lean on that would help get us through. Reluctantly, after much thought, I went and I thank God every day I did. From the very first meeting, I knew this would be different. This would be real and meaningful. This would be something that we could use forever. Alwyn and Wendy were wonderful at opening up and sharing their marriage with us, sharing advice, and sharing the mountains and the valleys of marriage. We learned so much not only from them but they used biblical principles to apply to our marriage. At the time, I did not know how important biblical principles were in marriage. Twelve (12) years later, Grenetta and I are as strong as ever and what we learned back then helps us even today. As a matter of fact, I have gone on to be a pastor and use the very same book and techniques I learned from Alwyn and Wendy in my marriage consulting sessions. I have married two young couples and they are doing fantastically well. I owe my success in marriage to God, a beautiful God fearing wife and Alwyn and Wendy Crawford. Thank You.

Prior to getting married it was very important to me to take part in Pre-Marital Counseling. While counseling was a priority for me, it was not for my husband. Once engaged I immediately sought out someone that we would both be comfortable sharing this venture in our lives. It was also important to work with someone that believes in God. We were blessed to have Alwyn and Wendy guiding us through the journey of preparing for marriage. With Alwyn and Wendy leading the way we were able to explore aspects of marriage that we never thought would be of concern.

Now after 12 years of marriage words cannot express how incredibly happy I am that we took the time to explore our beliefs about marriage. It was great having someone to guide the process and discuss marriage and family from both a biblical and real-life perspective. I recommend that every couple take the time to participate in Pre-Marital Counseling. I believe this opportunity helped us to grow not only as a couple but as individuals as well. 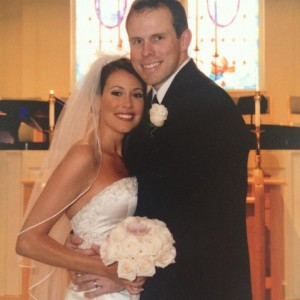 Joey and I are very thankful that we decided to seek Pre-Marital Counseling with The Marriage Gene before walking down the aisle.

During our counseling sessions we discussed many topics that had never even entered our minds as things that needed to be clarified and decided on before getting married. Additionally, we were able to discuss how to manage disagreements, how to nurture one another and what it means to have a Godly marriage.

We truly feel that Pre-Marital Counseling with The Marriage Gene gave us tools for how to really have a loving marriage that will withstand all of the difficulties that we are bound to encounter over the years.

I have always been a proponent of Pre-Marital Counseling (PMC) as a requirement for marriage.  That belief stemmed from being the son of a preacher and watching my dad preside over hundreds of weddings so I knew that I was going to do it once I made the decision to get married.  Our church offered a group PMC which we participated in and then we did one specifically for my wife and I.  The church PMC was good, but I found that the individual PMC sessions had the greatest benefits.

The reason being was that the individual PMC gave us a compatibility test, a workbook about marriage and questions about our potential spouse, as well as a counselor that provided a spiritual and pragmatic perspective.  It was good that we did have this session because it brought out several unresolved issues that forced us to address whether we should move forward with the marriage.  After several discussions we decided to postpone the marriage until we determined whether or not we could resolve these issues completely or at minimum to a point that would make our marriage a success.

Not only were there issues about each other that needed to be resolved, but I also had to accept my own faults which I would need to address regardless of who I was marrying.  The individual PMC session also revealed to me why my wife had some of the beliefs that she did and why she responded the way that she did in certain situations.

Ultimately, I thought we both benefited from having an open and honest conversation about our expectations, past experiences with each other, and goals that we wanted to establish for our family.  I would strongly recommend and encourage anyone who is considering marriage to take full advantage of PMC.  Additionally, I would go a step further and say that you should do it if you think you might want to move in that direction before you get engaged.

I don’t think that there was any doubt in our minds whether or not we would sign up for Pre-Marital Counseling (PMC) as we both understood the importance of laying a foundation for our marriage. Our PMC classes have been invaluable to us.

The process taught us about ourselves, our relationship and how to allow God to be the center of our marriage. PMC has helped us to love and accept my each other for who we are as individuals. It has also helped us to rid ourselves of preconceived notions/expectations associated with marriage and build on what we have to offer as husband and wife.

Personally, PMC has helped me to look inward rather than outward when trouble arises in our marriage; it is so easy to place blame on your mate rather than looking at areas within ourselves that need work. I would strongly suggest to anyone considering PMC to sign up-you have more to gain than lose from the experience. 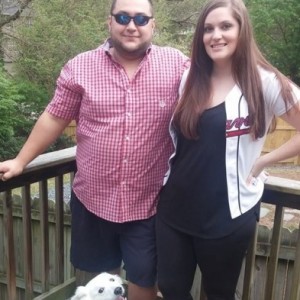 I was raised in a fairly large Spanish family which from my knowledge and asking found it very interesting that none of our families had ever had Pre-Marital Counseling (PMC). It was something that we never did or considered. When my wife brought it up honestly I felt like something was going wrong and I kind of had a negative view on it. After going back and forth with her about it I agreed to do it just to make her happy. It was one of the smartest decisions I have made as an adult. We discussed many different scenarios that would be coming up in our life in the near future that I would have never thought of discussing before getting married. I had different views and beliefs on such things as managing money to simple things such as how many kids we want to have. I am very thankful I did the PMC because it helped to solve some issues we had going into our marriage that honestly could have been huge issues if we would have waited until they arose. I have very thankful we could have these discussions before getting married and possibly ruining our marriage because we were both very far apart on where we stood on many aspects of life.

My family has always had Pre-Marital Counseling and I am 100% an advocate of it. I feel it is a necessity that sit down with your soon to be life partner and discuss your future. I mean if you are going to spend the rest of your life with this person shouldn’t you start off on the right foot and discuss how you both feel about certain aspects of your life such as finances, kids, and what you want out of life. A lot of people do not realize your thoughts on how you want your life to be may be completely different than you partners and a lot of people do not realize this until they have been married for a couple of years. And that is how problems start and even ruin marriages. I feel PMC is a 100% and recommend it to every couple who plans on getting married!

Have a question? Fill out this form and a Marriage Gene representative will respond to you ASAP.